A tractor is a specifically designed engineering vehicle to run on slow speed and high torque and commonly used for agriculture and construction purposes. Firstly, it was implemented in agriculture but with the growth of demand and utilization, a wide variety of tractors are introduced with new features by various companies and brands.

Tractor Brands in the World

AGCO stands for Allis-Gleaner Corporation which was founded in 1990. The company is known for manufacturing agricultural equipment and tractors. Fendt, Valtra and Massey Ferguson are some of the brands of a tractor owned by AGCO. Apart from this the company also produces products such as self-propelled sprayers, hay tools, forage equipment, etc.

The company was created when the agricultural division of International Harvester was merged with JI Case Company in 1985. It offers agricultural equipment and service support to both farmers and commercial operators. Their products range from tractors to forage equipment along with sprayers and applicators. Currently, it is owned and financially supported by Exor.

The company was founded by Edward Drott in 1916 as Drott Tractor Company and was later established as Drott Manufacturing Company in 1923. The company was famous for its Drott  4 in 1 bucket where the tractor is attached with a dozer, clamshell, bucket, and scraper. Currently, it is owned by Tenneco.

John Deere is the brand name of Deere & Company which is an agricultural, construction, and forest machinery manufacturing corporation. It was founded by John Deere. The company consists of experimental models such as Dain All-Wheel Drive, Waterloo Boy, Model D, GP, Unstyled row crop, Speciality, and Utility tractors.

It is a global brand that was founded in 1895  and is known for its agricultural equipment such as tractor, combines harvesters, balers, haying, and Grape harvesters. Currently, it is headed by the CNH Industrial. The brand is known for its trademark innovation and recently introduced NH2, which is a hydrogen-powered tractor which enables farmers to refill generating energy from renewable sources.

It is a tractor manufacturing company founded by Douglass and Maurice Steiger. It is currently acquired by FIAT group. It has also built tractors for other tractor distributors under the name of International Harvester such as Ford and Allis- Chambers.

The company was founded in 1962 and is known for its manufacturer of military vehicles, commercial vehicles, engines, and agricultural tractors. Their tractors include both self-developed models and also with zetor design ones.400 series, 4000 series, 5000 series, 6000 series, and Series BX are some of its lines of models.

The company started in 1914 as DA-TA and was renamed as Basak in 1996 and since has been making tractors. They manufacture a wide variety of field and orchard tractors amass a production of 10,000 units per year among its 20 models.

The company was founded in 1977 and is a division of Carraro Group and primarily manufactures tractors. The company builds and designs standard, vineyard, and orchard specialty tractors from various tractor manufacturers which include clients such as Case IH, Challenger, Claas, Eicher, John Deere, Masey Ferguson, Renault, Valtra, etc.

It is a tractor plant which was founded in 1933. The plant was the project of the first five-year plan. The plant produces wheeled and tracked tractors with related modified vehicles, parts, and engines. They are also known for their historical products such as the S-65 tractor, Tractor T-100 MGP, and T-130 tractor.

It was founded by August  Claas in 1913. It is a global manufacturer of agricultural machinery and one of the leaders in the market and technology. They are well known for their state of the art farming technology and their product range includes tractors, balers, mowers, wheel loaders, and telehandlers.

It is one of the famous and oldest companies in Sweden founded in 1689. The company is known for its manufacturing outdoor power products which include chainsaws, trimmers, garden tractors, mowers, consumer water products along with equipment and diamond tools for construction and stone industries. The garden tractors are usually designed to resemble a small agricultural tractor with a cutting deck mounted between front and rear axles.

It is the third-largest Japanese agricultural machinery manufacturing company which was founded in 1926. They manufacture tractors, planting and harvesting machinery, components, and engines. The Iseki tractor has a system where the transmission is passed to the wheels by a series of chains just like the rice paddy tractors. They also have a joint venture with Dongfeng Motor.

One of the most well-known brands in the world and was founded by Joseph Cyril Bamford in 1945. The company produces equipment for construction, agriculture, waste handling, and demolition. They produce a wide range of tractors that feature proper suspension and capable speeds on roads. Apart from this they also design for grounds care, horticulture, and light agricultural duties.

It was founded in 1993 and belongs to the parent company Daedong Industrial Company, LTD. It is the trading name for Daedong tractors in North America and Europe. They market 40 different tractor models along with five utility vehicle models. Their product line includes CX Series 24.5 hp, CS Series, CK Series 25-40 hp.

It was founded by Gonshiro Kubota in 1890. It is a tractor and heavy equipment manufacturer. Apart from the tractors they also produce vending machines, pipe valves, cast metal,  pumps, and other equipment for water purification, sewage treatment, and air conditioning. They also have notable contributions for the construction of the Solar Ark.

It is one of the best manufacturers of tractors in the world and was founded by Ferruccio Lamborgini in 1948 and currently comes under the parent company  Societa Accomandita Motori Endotermici ( SAME)  Deutz-Fahr.

The brand is currently owned by ARGO and was founded by Giovanni Landini in 1884. They are said to have built the first authentic Italian tractor. Later on, they also introduced crawlers as well as vineyard tractors.

It was founded in 1948 and produces tractors as well as transporters for mountains, grasslands, and forests. The company specializes in their all-terrain special vehicles for agriculture and was also the first manufacturer of a four-wheel-drive tractor in Austria. Today the company is considered as third in the tractor market in Austria. 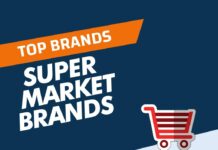 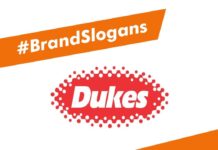 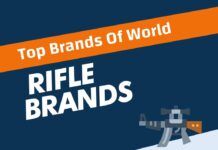 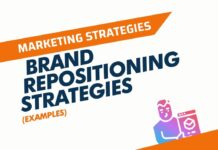 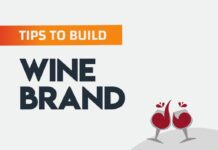 25 Tips to Build a Wine Brand from Scratch 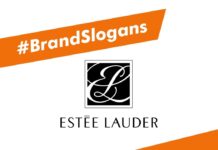 16 Reasons Why Your Business Needs Branding with Examples

List of 65+ Top Hair Salon Brands in the World

6 Reasons why brands should use Monochrome logos