Starting in the caves as just an object of utility, shoes have become an irreplaceable element of a fashion wardrobe. Throughout the advent of civilization, footwear companies have provided our feet the comfort it deserves. Here are a few of the top shoe brands to follow on social media.

Founded on 25 January 1964, in Oregon, USA, Nike, Inc. is the global leader in athletic shoes. Recognized for its attractive, durable, and stylish casual and sportswear shoes, this billion-dollar international shoe brand is one of the most well-known companies in the world. The company believes in celebrity endorsement and has several names like Ronaldo, Tiger Woods, Rory Mcllroy, etc, associated with them. Make sure to give them a follow on Instagram.

One of the oldest footwear manufacturers in the world, Bata is the brainchild of Tomás Bata and it was founded in 1894, in Zlin, Czech Republic. The company is aimed at providing everyone with a fresh feel of daily comfort with their line of amazing footwear range. Make sure to give them a follow on Instagram.

Founded in the year 1825, this American footwear brand is one of the oldest shoe-making companies in the world. Well known for their ageless style and innovation, the company has been manufacturing their products using some of the finest materials and excellent cuts to create a diverse portfolio of lace-ups, boots, slip-on, and shoes.

The largest producers of outdoor clothing and footwear. This brand is synonymous with premium quality and efficient products TaylorMade for the adventurer in you. Their varied line of footwear products also include alternate styles for people who are just looking for something casual and not strictly adventure-oriented. Make sure to give them a follow on Instagram.

The German company was founded by Adolf Dassler in 1924. The brand is synonymous with sponsors like New York Yankees and Union of European Football Association, and juggernaut names of the sports industry like Sachin Tendulkar, Lionel Messi, Ian Bell, etc. Adidas is one of the biggest names when it comes to lifestyle and sportswear.

Founded in 1990, in East London, H by Hudson is one of the premier leather shoe manufacturers in the world. They are primarily focused on the manufacture and retail of high-end formal shoes and are driven by the idea of creating premium and exclusive footwear products for both men and women.

Vans is an American company founded in 1966. The brand was primarily associated with the manufacturing of skateboarding shoes and apparels but it has evolved itself in creating a line of fashionable shoes and clothes which are known for their style and durability. The range of products offered by vans has a following among all ages of people but especially amongst the youth.

This all American brand was founded in 1850, and is based in Nashville, USA. Catering to both men and women Johnston and Murphy are associated with the manufacturing and distribution of casual and traditional shoes. Having a diverse product range, the company serves at more than one hundred and eighty outlets and also online portals.

Founded in 1966 by Kevin Plank this American brand has a target client of men, women, and youth around the globe. This multi-million dollar enterprise is associated with the manufacturing, development, and distribution of performance clothing and footwear, along with training footwear, basketball shoes, and casual footwear. They have some of the biggest names in the industry endorsing their products.

This Japanese footwear brand was founded in 1949, by Kihachiro Onitsuka. Although they started with the manufacture of basketball shoes, this multinational and billionaire company is currently associated with the production and distribution of equipment and footwear of various fields of athletics. Their top-notch quality of running shoes is considered worldwide as one of the best.

Hailed as one of the best producers and manufacturers of formal shoes, Kenneth Cole guarantees an exclusive level of service and quality among its clients. Founded in 1982, by Kenneth Cole and Sam Edelman, this all American brand is the go-to footwear of choice for all kinds of formal events. They have names from all sectors of the industry backing them.

This all American brand was founded in the year 1908 and it is based in Boston, United States. The brand is celebrated across all the platforms of entertainment and sports by some of the biggest names of the industry. Known for their simple yet retro look, converse continues to penetrate the market and it is highly recognizable by their star insignia.

Founded in 1948, by Rudolf Dassler, this German brand is well known for the manufacture of skating shoes, sports, and casual footwear. The products offered by the company are famous for their style and comfort. They have some of the biggest names in sports entertainment like Diego Maradona, Colin Jackson, Virat Kohli, etc. backing their portfolio.

The iconic brand of Italian origin was founded in 1895, by Alessandro Berluti. Based in their headquarters at Paris, France, and operated by their parent company LVMH, this brand is known for crafting explicit footwear for high profile clients. Synonymous with luxury and fashion, they craft shoes exquisitely for men.

Founded in 2002, this all American brand is synonymous with safety shoes. Although they started with the manufacturing and distribution of foam shoes, they have come a long way since then and have evolved their product range to produce some of the finest outdoor and lifestyle footwear. They remain one of the largest distributors of safety boots and shoes across industries like hospitals, construction, and catering.

This American brand, introduced in 1958, is an internationally acclaimed producer, manufacturer, and distributor of contemporary and casual footwear for men, women, and kids. They are owned by Wolverine Worldwide and are based in Rockford, Michigan. Make sure to give them a follow on Twitter.

Founded in 1854, in Paris, France, by designer Louis Vuitton, this fashion house and luxury company is associated with some of the most remarkable pieces of high fashion in the world. They are synonyms with opulence and grandeur and their products are adorned by many of the legendary names of the fashion and entertainment world. Make sure to give them a follow on Twitter.

This American brand, founded in 1906, is acclaimed as one of the largest producers of sports footwear around the globe. Founded by William J Riley, the brand operates all its functions from its headquarters in Boston, USA. The brand is highly coveted for its fashion meets function portfolio. New balance meets innovation and technology beautifully and has gone onto sponsor national football teams to promote their brand.

Founded by Robert Greenberg, in 1992 this American company is celebrated across the globe as the third biggest manufacturer of athletic footwear in the United States of America. They offer premium quality products to the mass at a very reasonable pricing due to the fact that they source their raw materials from an economic base.

American heritage resonates with the name Tommy Hilfiger brand. Founded by Tommy Hilfiger in the year 1985, in New York, United States, the brand is associated with the manufacture of timeless designs of footwear, clothing, and accessories. Known for its eye-catching style and celebrities endorsing them, the brand has achieved several awards and accolades during its lifetime.

Founded in 1952, in Boston, USA, this American manufacturer and distributor of rugged outdoor footwear is known for being the best at what they do. Targeted towards a clientele that focuses on outdoor adventure this brand produces an array of choices for every adventurous out there. Owing to their diverse wearability, the brand is endorsed by some of the biggest fashion A-listers including Pharrell, Jennifer Lopez, Lewis Hamilton, etc.

Although the brand is synonymous with the line of luxurious undergarments and apparel, they have made a strong name for themselves in the footwear industry as well. This American fashion house was founded in 1968, in New York, produces some of the finest and highly coveted fashion footwear. They have some of the biggest names in the fashion and entertainment world endorsing their products.

This iconic brand of Italian origin was founded by Johan Fila, in 1911, and is currently operated by Fila Korea and is based in Seoul, South Korea. The brand is an exceptional amalgamation of craftsmanship, innovation, and excellence. Fila is associated with sponsoring mega events around the world like BMW open, Sony open etc. They have some of the biggest names in the sports and athletics industry endorsing them. Make sure to give them a follow on Facebook.

This Italian brand was founded by Amedeo Testoni, in 1929, since then they have made a distinctive name for themselves as one of the largest global footwear companies. All the products manufactured here are produced with exquisite materials, antique techniques, and the knowledge and wisdom of Bolognese craftsmen.

Hailed as one of the biggest children’s footwear manufacturers, Clarks has been dominating the market for a long time now. Founded in 1825, by Cyrus Clark and James Clark, the company still functions from their headquarters at Somerset England. They have a diverse range of footwear products for everyone and are backed by some of the biggest names in the fashion and entertainment industry.

This Australian designer brand, founded in 1969, in Torquay, Australia, is one of the biggest names in the world of surfing equipment. Their excellent line of sandals and boots are primarily designed for the beach and active surfing. They are one of the major sponsors of athletic activities around the world and are endorsed by some of the major faces in the field of surfing.

This French fashion house, founded in 1933, is associated with the manufacture and distribution of various products apart from footwear. Although primarily known for its range of apparel, the company has continued to make a strong foothold in the shoemaking industry with its line of exquisite, retro, and peppy designer footwear range.

Hence, with all the options available it becomes a task to find the correct pair of shoes, but rest assured as there is always the best fit available for your lifestyle. 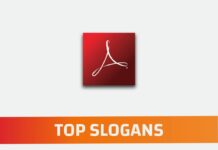 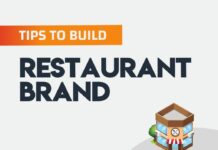 24 Tips to Build a Restaurant Brand from scratch 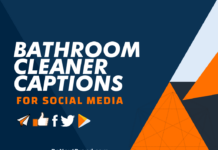 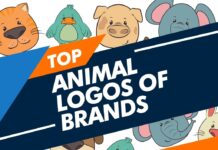 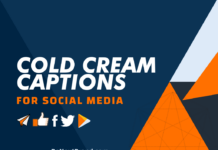 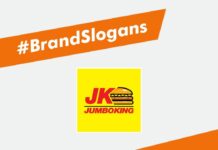 List of 20+ Top Eye Cream Brands in the World