Students of marketing, designing, and brand communications have observed that the inclination towards multiple colored logos has increased with the unsurpassable importance of the internet and the world moving more towards a digitalized one.

One of the most respected companies worldwide, Apple is one of the big four in computer software development, and anything related to computers. The legendary Late Steve Jobs is one of the founders. The Apple logo during the period 1977 to 1999 was an iconic multicolored one.

Lovingly it was termed as the Rainbow logo and was created by Rob Janoff. The bitten apple signifies knowledge. The designer added the bite because then it would look distinctively like that of an apple only. The rainbow color denotes displaying color images by Apple computers very uncommon during those times.

An extremely popular soap detergent from the stable of Proctor and Gamble a British MNC, Ariel has launched 53 years ago. The logo is also very recognizable amongst the relevant FMCG consumers.

Ariel branding in red along with the icon of a complete reaction in multicolor drives home the fact in the minds of the consumers that Ariel is something more than a good stain remover; it is an all encircling complete detergent in all aspects.

An abbreviation of the word Anti Virus Guard, the antivirus software is was developed by AVG Technologies with its stable release happening just about one year back in the Windows system.

The logo is symmetrically arranged two pairs of hands in orange, green, red and blue with AVG in all upper cases in black lettering beside it. Orange signifies brainstorming, creation of the idea and start-up while blue means solution discovered and green is the start of the implementation process. Red denotes a problem that has been identified which requires immediate action to clean the system.

An entertainment category magazine with a special focus on Hollywood, Billboard was founded in 1894 as Billboard Advertising. Apart from publishing, Billboard also has a news portal and a weekly trade magazine.

The entertainment magazine is very popular amongst its readers. The Billboard branding both on its covers as well as in other media consists of thick black lettering in lowercases with the inside circles of the letters b,o, a and d in five separate colors green, red yellow, cyan, and orange. This is possible to focus on its positioning strategy as an out and out entertainment magazine.

Based at San José, the USA, eBay is a transnational e-commerce organization that facilitates B2B, B2C, and C2C sales through its portal. Incorporated 25 years ago eBay is now a multi-billion dollar business today.

The initial logo was designed by Lippincott the famed American brand strategist who points out that the logo symbolizes eBay as transparent, unswerving and an easy place to buy and sell with modern outlooks. This is from the fact that the fonts and the typefaces used have modern sleek looks.

Fruit of the loom:

Incorporated in 1851, the Kentucky based organization in one of the premium manufacturers and marketers in men and women underwear, T-shirts, casual wear and lingerie segments.

From 1893 up to 1927, the logo has been in an enclosed format first in square and then in an oval with the images of actual fruits like red apple, green and purple grapes, currants and leaves. In 1962 and 1978 the logo consisted of the fruits but in colored line drawings. The current logo consists of a red apple in the middle with the grapes, currant, and leaves by its sides all in multi-colored line drawing. The branding in black is at the base of the visual.

Considered one of the Big Four globally in the field of search engines, internet-related services, online services, cloud computing, software, and hardware development, the logo of Google is one of the most recognizable logos of the world today. The first logo was used in 1998 using the GIMP graphics program.

The color scheme in the initial logo was G and L in bright green whereas o and e in red, g in blue and second O were in yellow. Back then there used to be an exclamation mark after Google. The color scheme has remained the same throughout while the typestyle and fonts have changed over time.

Developed by Google in 2008 initially for Windows, Chrome is a cross-platform web browser that has also been ported to Android phones. The Chrome logo is a formation of two concentric circles.

The smaller one which is in the center is in a blue hue, the same one as in the Google logo. There is a white circular casing along the circumference of the blue circle. The outer circle is made of four basic colors as in the Mother logo.

The logo is a loose depiction of W in 3D mode consisting of the basic four colors yellow, red, green and cyan same as in the Google logo color.

Commissioned in 1955, ITV is a London based free to air channel preceded by Independent Television Limited. The channel was founded basically to give the BBC a big challenge and to break its monopoly.

The ITV logo first came into being in 1989 with three primary colors as a whole rebranding exercise was carried out and the national logo and regional logo for franchisee were chosen.

The current logo is an icon a star made of thick lines and the colors that have been used in its arms are pink, orange, yellow and green. In one of the arms of the star in the front of the shopping, mall branding is done distinctively in the black reverse.

A key member in the league of the Big Four, Microsoft needs no introduction to anybody as to what its line of business is.

The connotation of the  Microsoft logo has got two versions. One is the four colours orange, red, green and blue represent the earth’s bondage with flora, fauna, fire and water. Another version reasons that the four colours represent the various divisions of the organization like Office Tools, Bing, Xbox, Outlook and One Drive.

The news division of the major US National Broadcasting Corporation, NBC News operates under NBC Universal Broadcast and is one of the major channels globally. The organization has had several logos over the years of its operation but the most popular and the most important one has been the peacock logo.

Almost all variations of the colors in a rainbow have been used very effectively. The current logo is the peacock one effectively incorporated with the logo of the parent organization, Comcast.

Perhaps the most recognizable logos of all times, the Olympics logo is on a white background with five interlaced rings center aligned with the white ground.

The colors of the rings are blue, black, yellow, red and green symbolic of the five continents of the globe. It is very significant to note that at least one of these five primary colors are present in the national flags of all the countries today.

The logo of the organization is a square box each equally divided into four equal squares of the primary colors of offset printing, CMYK. A stylized S in uppercase in white color is in the middle of the box touching all the four colors.

Tap or Air Portugal started in 1945 with Lisbon and Porto as its main and secondary hubs flying to over 93 destinations globally. TAP is the national carrier of Portugal. In the logo of TAP, all three letters are overlapping.

One of the “Super Major” oil giants of the globe, Total S.A was incorporated in 1924 and operates internationally now.

Total S.A logo icon looks like a swirl signifying the earth with color bands in red, cyan, blue and orange driving home the point that the company is one of the most important key organizations in the field of oil exploration, oil refining and natural gas and CNG production.  The branding of TOTAL in post office red is placed next to the swirl.

Founded in 1948 at New Jersey and owned by True Kids Inc. Toys R Us is an international retail chain marketing children products and items like toys and other novelties. The R in the company branding is flipped on the reverse side positioning the product as a fun product and meant for children.

The multiple colors used in the letterings are pink, light green, orange and deep blue all adored by the kids and children alike. The logo is placed on a light green background with white casings around all the letters of the brand. The R in the logo is deliberately reversed to give a feeling that a child who has just started to read and write has done it by mistake.

Based in Japan and founded in 1985, Wacom markets and manufactures computer input devices, software, and graphic tablets.

The Wacom logo shows five silver-colored cones with circular bases, the colors of which are blue, green, two shades of pink one light and one dark and yellow ochre. The cones meet at one point on top at their apex.  The background color of the cone is in black with Wacom branding at the base on the black reverse on the lower case.

Based at Bangalore, Wipro is one of the most respected multinational companies of India. Manufacturers and marketers of the latest techniques in BPO, information technology and software, it has also branched out into FMCG manufacturing. The logo has been designed by the in house firm of one of the most reputed advertising agencies of the world, WPP.

The logo is a formation of a whole number of dots of various sizes and formed into concentric circles. The logo seems to present a show of optimism , inventiveness and changeability in connection to the modern world.

The four concentric circles thus formed symbolize the core values towards employees, clients, business partners and the trade that Wipro stands for. 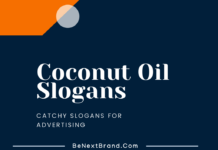 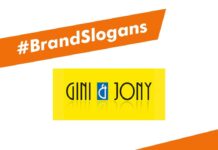 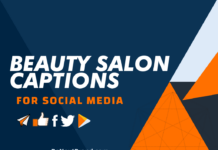 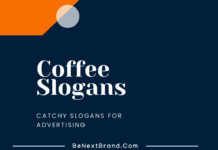 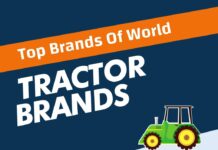 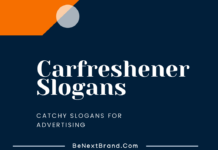 The Ultimate Guide to Branding for Business in 2020