In the world of technology, we are habituated with hearing numerous brand names. Those brands have come up with various such flagship products which are quite useful in our daily lives. But have you ever given a thought who were the initial brands who revolutionised the way we use gadgets today? Well, Apple is one such example.

Apple Inc., currently headquarter in Cupertino, California, US was founded in 1976 by founders Steve Jobs, Steve Wozniak and Ronald Wayne.

Initially started as Apple Computer company, the company’s first product was the legendary Apple Computer I which was created by the self-taught electronic engineer Steve Wozniak in a garage. But Apple Computer I consisted of only the motherboard and lacked the basic peripherals such as mouse and keyboard.

The first ever sell off

Their product was sold at $666.66 in July 1976. On January 3rd, 1977, Apple Inc. was incorporated but without Ronald Wayne. Twelve days after having co-founded Apple Inc., Wayne before leaving, sold his share of the company to Steve Jobs and Wozniak for $800. Then Mike Markkula stepped in and provided a funding of $250,000 during the initial days of Apple.

After five years from the initiation of the company, the revenues doubled every four months. From the initial year 1977 to year 1980, the annual sales saw a rise from the initial $775,000 to $120 million with an average growth rate (annual) of 540%.

The change of hands and breakthrough

After that, Apple II was invented in 1977 and Apple III in 1980. After the success of the company in the following years, Jobs began with the idea of implementing GUI(Graphical User interface) in the future computers and began developing Apple Lisa.

Then came Macintosh and one button mouse which revolutionised the personal computer industry for good. Former PepsiCo CEO John Sculley became the CEO of Apple in 1983 and  Steve Jobs left the company.

Apple saw a gradual decline after Jobs left the panel and stocks began declining with time. In 1997, Steve Jobs took hold of his founded company and his aim was to make the company profitable again. Under his leadership, Apple released its bestselling trademark products, namely Mac OS X, iPad, iPhone, iMac, MacBook and iTunes. In 2011, Steve Jobs announced his retirement and Tim Cook took over the position of CEO.

It has opened up more than 500 retail outlets across the world and has established a strong global presence. Apple has been credited as one of the most valuable companies and highly profitable giants in the tech industry. It is highly known for brand loyalty and high standard hardware and software support. After Samsung and Huawei, Apple stands at the third position in smartphone manufacturing.

In US market, Apple became the first ever company to have surpassed the valuation of $ 1 trillion mark and also the first publicly traded US company in 2018. It has been estimated that more than 1.4 billion products have been sold and used worldwide.

Apple was ranked on 4th position on Fortune 500 ranking scheme. Apple has the highest market value $ 960 billion among the top 100 largest companies in the world and the ultimate brand value of Apple in 2019 was $ 310 billion.

Apple iOS : As per Apple, there are currently 1.4 billion iOS users globally.

MacBook : There were 19.50 million units sold globally as per 2017 report. There was an increase in revenue to $26 billion.

Apple First : Apple Watch captured 50% of the market for wearables in 2018.

Apple’s branding strategies focusses on human emotions and customer preferences. Apple believes in innovation and creative inputs and it has proven to be a visionary in the tech industry.

The customer and brand loyalty are very strong and customers prefer using Apple products due to various facilities. One of the topmost features is Apple’s security and seamless service. From a brand architecture viewpoint, the company maintains a master brand identity.

Apple was earning substantial amount of profits from their flagship products such as iPhones and MacBooks, but they thought of expanding their company and ventures to gain a better hold in the tech market. Then came up the iPod Halo effect.

The brand wanted to accumulate and drag customers into products like iPods and Mac OS and create a different market segment which will entice them to venture into other Apple products. This strategy proved to be an effective one.

The benefit of this strategy was that people became more interested in other Apple products and the sale of iPhone and MacBooks rose dramatically. As a part of the branding strategy, Apple renamed their flagship Mac OS X to OS X.

Siri was one such creation of Apple in speech processing and voice modulation. In the mid October, 2011, Siri was enabled with features such as interactive inputs and outputs and voice recognition features and it was first introduced in iPhone 4S smartphone.

The way Siri has been marketed by Apple paved the way for more brands coming up with similar technologies. Later Google came up with Google Assistant for Android phones which has the exact same features as Siri.

Voice modulation and AI interactivity has been furthermore researched and developed after that. Siri was indeed a marketing hit and one of the best advertising and marketing campaigns ever run by a tech company.

Apple also issued a $ 1.6 billion climate bond which will help other climate related projects by financing them and helping them thrive in the future.

The tech industry giant has made some remarkable inventions and changed the ecosystem of tech industry in a positive way. Since it’s inception, Apple has been through a lot of changes both internally and externally but that one thing which made Apple a giant is the customer loyalty towards the brand.

This is an inspiration for other brands in the same industry and Steve Jobs has been regarded as the idol for many budding entrepreneurs. The way Apple has been functioning, it is expected to rise furthermore in the future and many innovations are yet to be unfolded by this magic brand. 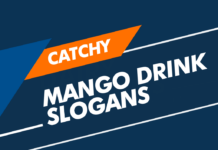 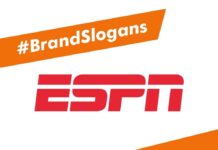 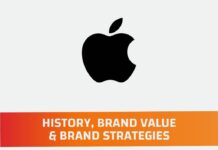 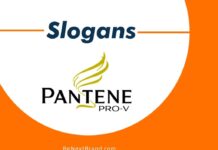 List of 45+ Top Cosmetic Brands of World with Logos